According to the USDA, Canadian grain production will increase to 33 million tons in 2023. This is also a significant boost compared to last year’s dry years. Projected global wheat consumption for 2022-2023 is slightly lower at 787.5 Mt as increased food consumption is more than offset by lower feed consumption. The largest reductions in feed consumption will occur in China, the European Union, and Australia

Global grain trade in 2022-2023 will hit a record of nearly 205 Mt, 5m more than in 2021. Financial experts expect grain imports to boost thanks to increased exports from Canada. The export forecast for Ukraine is 10 Mt. This means a sharp decline due to reduced production and significant logistical constraints in exports compared to 2021. India is expected to remain a noteworthy exporter of wheat in 2022-2023.

Global stocks ending in 2023 are projected to decline by 5% to 267.0 Mt, the lowest level in six years. The biggest change concerns India, where grain stocks could fall to 16.5 million tons.

Global forecasts for coarse grains for 2022-2023 include a decline in production and consumption as well as a decrease in ending stocks. World corn production is projected by the USDA to fall from last year’s record levels, mainly reflecting cuts for Ukraine, the US, the EU, and China, partially offset by gains in Brazil, Argentina, and South Africa.

Financial experts also state that global corn consumption is expected to decline by 1.2%. Global corn imports are projected to fall by 2.3%, with the biggest year-on-year declines coming from China, Canada, the EU, the United Kingdom, and Brazil.

Significant increases in corn imports include Iran, Vietnam, and Bangladesh. Global corn stocks fell 1.4% to 305.1 million tonnes, primarily reflecting expected declines in China and the US, which are partially offset by gains in Brazil, Serbia, and Ukraine.

Based on the foregoing, leading US financial analysts unanimously say that prices for grain and some industrial crops will increase around the world. And although a big crisis is not expected, large enterprises for the production of bakery products will have to fork out. 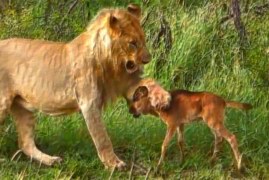 A lion saves a baby calf from another lion's attack 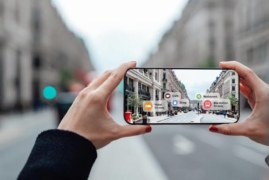 What is the best way to learn augmented reality?